Could the 50p in your pocket really make you a fortune? 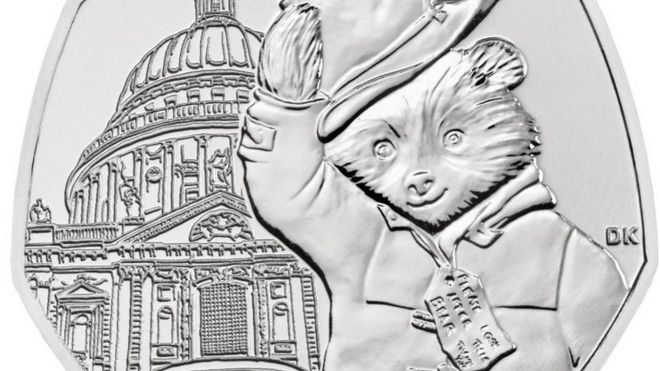 The humble 50p has been making headlines recently with the launch of a new Paddington Bear coin and plans for a Brexit edition later this year.

They follow releases to celebrate events such as the Olympics and Commonwealth Games, as well as fictional characters like Peter Rabbit.

And much of this loose change makes its way on to eBay - with sellers often seeking thousands of pounds for the coins.

So which are the UK's rarest 50p pieces - and which could fetch the highest price?

Knowing the real value of collectable coins is a tricky business.

Confusion can come from mixing up the rarest collectable coins, which are made of gold and silver and do not enter general circulation, with the more commonly-found versions made of cheaper base metals.

The rarest 50p coin in circulation today is the 2009 Kew Gardens coin, according to figures released by the Royal Mint, which makes all of the UK's currency. 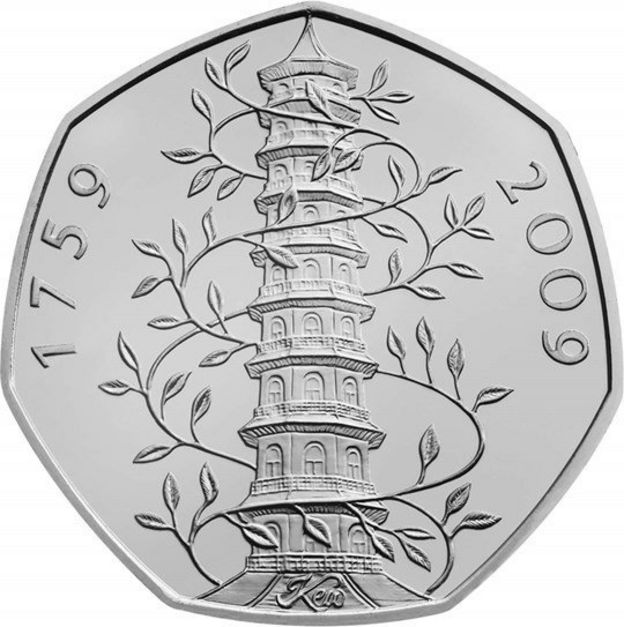 Thanks to their rarity, they can fetch about £100 on eBay.

But you would do well to find one in your pocket, with most now in private hands, the Royal Mint says.

If you do think you have found one, it is worth checking the date. The coin was re-released in 2019 as part of the Royal Mint's celebration of 50 years of the 50p.

Which sports coins are worth the most?

Coins designed to welcome the arrival of big sporting events can also be worth a pretty penny.

Among them are a selection of coins released for the London 2012 Olympic Games.

The rarest is the football version, with only 1.25 million ever made. They are now regularly sold for about £20 online. 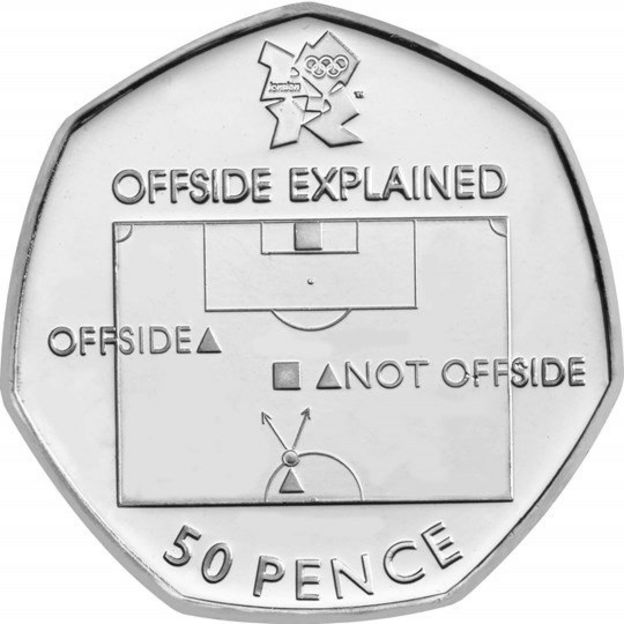 Other coins in the series dominate a list of the most in-demand coins complied by money specialist website Change Checker.

According to its Scarcity Index - compiled using a coin's rarity and the demand for it - the next 17 most valuable coins are from the Olympic series. After the football coin, the five most valuable are:

And the rarest coin of all? That title also belongs to a one that marks a sporting event - a collectors' version of the Glasgow 2014 Commonwealth Games coin.

It comes complete with a matching Royal Mail stamp and envelope. Only 38 were ever produced.

But, unlike its base metal replica - of which 6.5 million were made - this one never entered circulation.

What about Beatrix Potter coins?

One of the Royal Mint's largest collections of commemorative coins marked 150 years since the birth of author Beatrix Potter.

The rarest of the collection - a coin that celebrates the tale of Jemima Puddle-Duck - can fetch about £15 online. 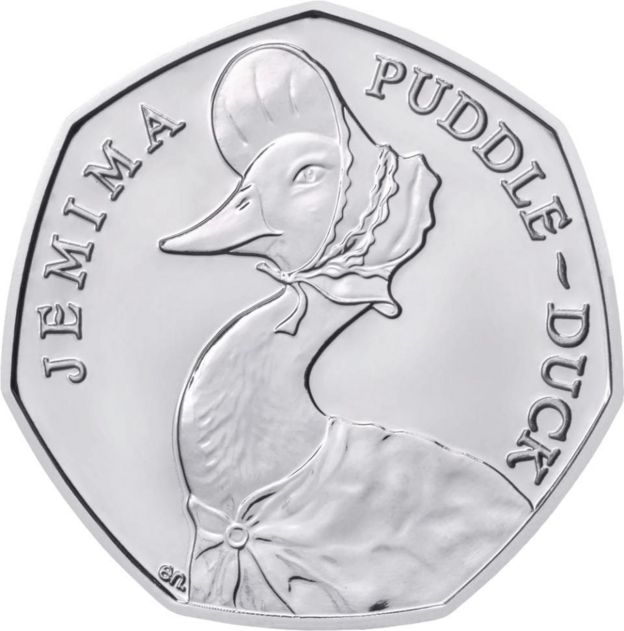 However, the majority of these coins are much less rare and often have little sell-on value.

The next rarest in the collection, based on the character Squirrel Nutkin, is much less rare but can sell for between £1 and £3 on eBay.

What else is worth looking out for?

Coins featuring Sir Isaac Newton (1.8 million) and the Suffragettes (3.1 million) are among the rarest coins in circulation - and regularly fetch between £2 and £3 online.

However, how much some of the more recently produced coins can fetch - such as the Sherlock Holmes edition - remain a mystery for now.

That is because the Royal Mint is yet to release figures showing how many were produced after 2016.

What is the rarest 50p ever in general circulation?

You might not expect the 50p to tell the story of the UK's relationship with Europe - but its reverse has been used to do just that.

The chancellor currently has plans for a commemorative Brexit 50p coin, which could be produced in time for the scheduled departure date of 31 October.

But in 1992, a 50p was created to mark the creation of the Single European Market - which would later develop into the European Union - and the UK's presidency of the council of ministers.

Only 109,000 of the coins were made before the decision was taken to replace the larger 50p piece with a smaller and lighter design which is used today. 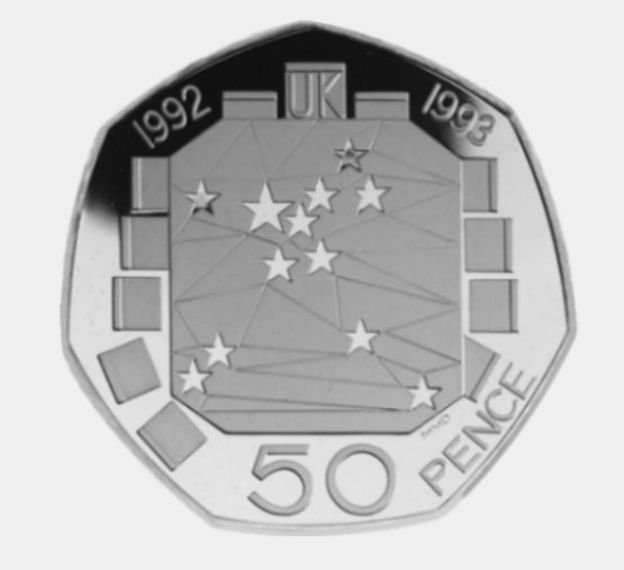 What should buyers watch out for?

The real value of coins is whatever someone will pay for them.

But media reports of new releases and coins being sold for thousands of pounds can also affect demand, says Rachel Hooper from Change Checker.

Despite how common some coins are and the apparent lack of demand for them some sellers do try to auction their coins for thousands - even millions - of pounds.

"When the Kew Gardens was re-issued at the start of this year, demand for the original 2009 coin increased as more people rose to the challenge of collecting the UK's most sought-after 50p in circulation," says Ms Hooper.

But she warns coins can be listed on eBay for "well above face value" which can creates media interest and an increase in collector demand.